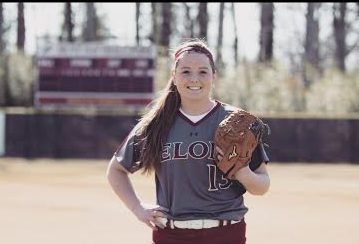 Elise Walton is from Lawrenceville, Virginia. Elise has worked with Denny since she was fourteen years old. After a successful high school career, she continued playing at Elon University. Her freshman year she led the Phoenix in innings pitched and strikeouts. The same year she was named to the 2016 CAA All-Rookie Team. Immediately after her freshman season, Elise had shoulder surgery due to a weight room injury. It was a difficult road for her to make it back to the mound. On her way back, she spent time as Elon’s designated player. After her sophomore redshirt season, her Junior year she had the fourth-highest batting average on Elon’s team. Her senior year she was named Second Team All-CAA after getting wins against #8 Georgia and #19 JMU.

Elise graduated from Elon University in 2019 with a degree in Public Health. She continued her education at Murphy Deming College of Health Sciences where she will obtain a doctorate in occupational therapy in 2022. Elise primarily serves the Southside Virginia Community; however, she currently ventures to Rock Hill, SC and Winchester, VA once a month.

Here is what Denny says about Elise:  “This is one of the brightest, most driven kids I have ever met.  From very early in our work, I knew that kid would be one of our Instructors someday.  She has a special passion for the game, she interacts with kids in a very genuine way, and knows how to deal with adversity.  She is, simply, the best role model a kid could have.  We are so lucky to have her.”