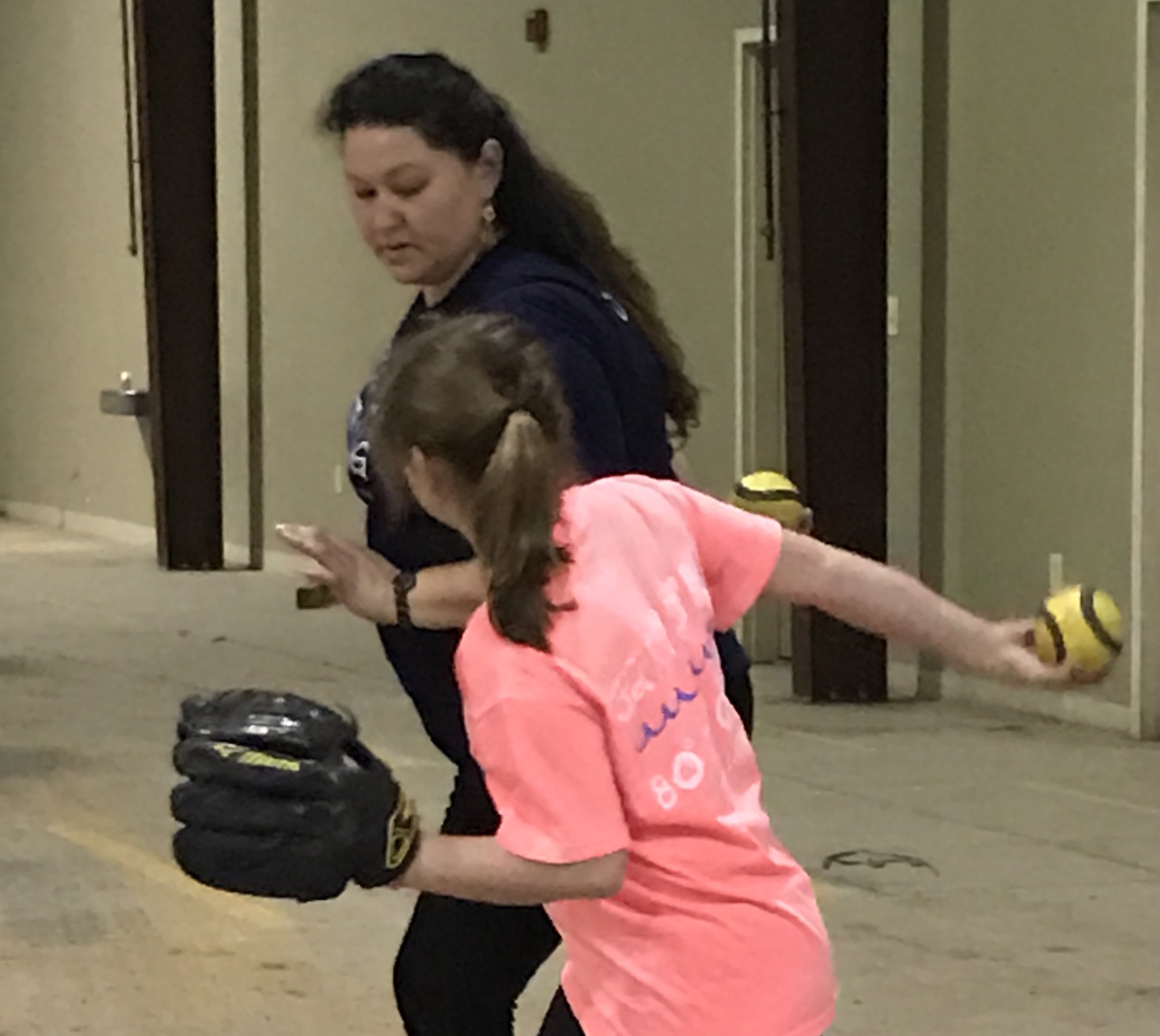 Heather has been involved with softball since she was 6 years young. She was a competitive athlete for 14 years, finishing her career at the collegiate level. These days Heather now enjoys her role as a private instructor & coach, and stays a constant student of the game.

Heather enjoyed a highly competitive career during the late 90s and early
2000s. She was a part of the only 18u team in Wilson Co. (NC) ever to win a state championship in 2002, played on various show-case (college prospect) teams from 1999- 2002, was also on one of the 1st east coast Jr. National Showcase teams in 2002, and also played 4 years of very competitive varsity softball for Southern Nash High School 3A (one varsity year was at Fike High School 3A). Heather also helped lead her high school team at Southern Nash to their first Ladybird Classic (spring break tourney) 1st place finish and their first conference tournament championship in 2002. While in high school she was ranked in The NC Top 10 state leader categories for pitching (ERA & strike outs percentage) and defense (minimal errors and a high percentage of putouts at 1st base). After high school, Heather continued her career at Greensboro College under then head coach Kama Tucker, who now serves as the co-head softball coach & pitching coach at UNC- Wilmington. Since the finish of her playing career, Heather has been a pitching instructor for the past 11 years. She has served on a couple of NC high school softball teams as their assistant & pitching coach, leading them to successful winning seasons. She also volunteered with the City of Wilson (NC) as the head coach for their revamped softball program in 2012 (this was the first program in 10 years!). With a recent move to North Augusta, SC, Heather has now found a new place to call home and a place to jumpstart her Tincher Pitching career.

Here is what Heather has to say about Tincher Pitching: “I had heard about Denny long before I ever met him. My college Coach had told me about him on a couple of occasions and how I needed to get involved with Tincher Pitching. In the summer of 2015, I attended my very 1st Tincher Pitching lead pitching camp, and I instantly was hooked! I took as many videos and pictures that Denny would allow me to take, even caught me sneaking one time, haha! I would have started then but I was in the process of a big move from the Nash County area of NC to North Augusta, SC, and I wanted to take some time to get used to my new home and surroundings. Once I did get started in the early spring of 2016, I just couldn’t get enough! What I love the most about this program is the knowledge & energy level Denny brings to the table, followed by the group in its entirety. My eyes have been wide open, soaking in all this newness, and I love it! This fresh take on pitching, that makes so much sense, is like an “ah ha” moment every time I am around Denny and fellow instructors! These amazing people that Denny has put together, whom I get to call comrades, are always ready to help, always willing to bounce ideas off of each other, always ready to have each other’s backs, and supporting each other in all the various things we do. I am so glad that I took the chance to meet Denny, and even more blessed that I was able to take his approach with an open mind. I thank this organization and Denny for building me into a better instructor, for increasing my knowledge on the art of pitching, and for giving me a better understanding of why we as pitchers need to do the things we do to get to where we want to be. Now, let’s work!”

Here is what Denny says about Heather: “Impressed, surprised, amazed. Those are words I use when talking about her.  She is so sweet and gentle with the kids, but when the time comes she can make them dig deep to find that extra gear, engaging them, and demanding their best.  She can move from fun to tough and back again so quickly that the kids stay on their toes at all times.   She has this ability to make each feel special and they want to impress her.  We are lucky to have Heather Dobbins in our organization”.